Death.  It’s not a topic that we, as a society, are very comfortable talking about.  And the death of an unborn baby or an infant seem to be even more taboo.  There are no words that can take away the pain of losing a baby.  So, what do you say to someone who had a miscarriage and just lost the most precious part of their life?

I asked local moms who lost a baby what they found helpful and hurtful during this difficult time and compiled their responses.  It is important to remember that everyone processes grief differently.  The overarching message from the women I spoke with who had a miscarriage was that they wanted their baby to be acknowledged and space to grieve.

Some things that were helpful to women who had a miscarriage:

Some things that were hurtful to women who had a miscarriage: 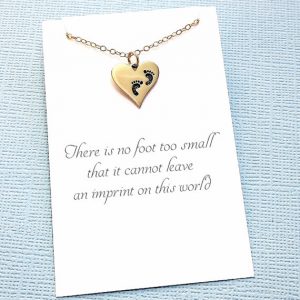 15-20% of pregnancies end in miscarriage.  Although miscarriages are most common in the first trimester, they can happen at any time during pregnancy, for a number of reasons.  Now I Lay Me Down To Sleep is an organization that provides remembrance photography for families who lose a baby later in their pregnancy or after birth, forever preserving the precious time these families have together.

Did you have a miscarriage or lose your baby shortly after birth?  If you’re comfortable, tell us about your baby: what is your baby’s name? How old would he or she be?