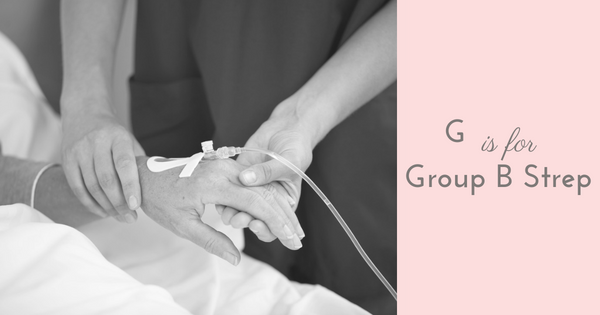 Group B Streptococcus (GBS) is a bacteria that is indigenous to the gastrointestinal tract and vagina. GBS colonization occurs in roughly 25% of healthy adult. A positive culture (done via vaginal and rectal swabbing) indicates colonization. Testing for GBS between weeks 35 and 37 of pregnancy has become a standard part of prenatal care in this country as testing within five weeks of delivery appears to be the best predictor of GBS status at birth.

What is Group B Strep?

Group B Strep is not a sexually transmitted disease and it is not the same as the bacteria that causes strep throat (that is Group A Strep). It is part of the normal gut flora of roughly 1/4 of women. Most adults with GBS colonization are asymptomatic and colonization is typically harmless. However, GBS can cause serious complications in newborns.

Why is Group B Strep a concern during my pregnancy and for my baby?

A woman with a Group B Strep colonization may pass the bacteria to her baby. The baby is at a higher risk of developing a GBS infection if the mother:

Your baby has a 1 in 200 chance of developing a GBS infection if you tested positive but are not at high risk (see previously mentioned risk factors). This drops to 1 in 4,000 if you receive antibiotic treatment during labor.

Because Group B Strep naturally inhabits the gastrointestinal (GI) tracts of colonized individuals, oral antibiotics given prior to delivery will not prevent the transmission of GBS from mother to baby; the bacteria can come back. For this reason it is important to test for GBS colonization towards the end of each of your pregnancies, as your status from an earlier swab may have changed.

IV antibiotics given every four hours during labor can best prevent the likelihood of GBS transmission. Penicillin is administered GBS (appropriate substitutes are available in the case of allergy).

Positive GBS status and treatment during labor do not effect the amount of time that you or your baby must stay in the hospital before going home, but an infection will.

What are the risks of GBS infection to my baby?

Nobody likes to see someone they love sick. If your baby contracts a Group B Strep infection it can lead to: sepsis (a blood infection), pneumonia, meningitis, breathing problems, heart rate and blood pressure instability, and GI and kidney problems. These infections can be early onset (symptoms appear within 24-48 hours of delivery) or late onset (with symptoms appearing >6 days after delivery).

With early onset GBS the symptoms usually appear within 12 hours of birth with the majority of infections detected within the first hour. This is strongly suggestive of the infection beginning before delivery. How can this happen? When your water breaks the bacteria can travel up the vagina into the uterus. If the baby swallows some of this contaminated fluid, an infection can ensue. Early onset GBS infections have a death rate of 2-3% for full-term babies (higher for babies born before 33 weeks). Though the mortality rate is low, early onset GBS infections usually lead to expensive stays in the NICU. A 2012 study suggests that up to 44% of infants who survive a GBS infection have long-term health problems, including but not limited to: developmental delays, paralysis, seizure disorder, and hearing and vision loss.

Late onset infections can occur due to vaginal delivery in a mother who has GBS and has not been treated or through contact with someone colonized by GBS.

If you are GBS+ and have your placenta encapsulated, request that your placenta is steamed before dehydration (this is standard procedure for all of our encapsulation clients) and make sure to wash your hands after handling your capsules to further minimize the risk of transmission to your baby or others with whom you come in contact.

Other blogs in this series

This blog is for informational purposes only. It does not serve as a substitute for consultation with a physician. As with any and all medical concerns, speak with your healthcare provider.